for new and legacy installations in the UK 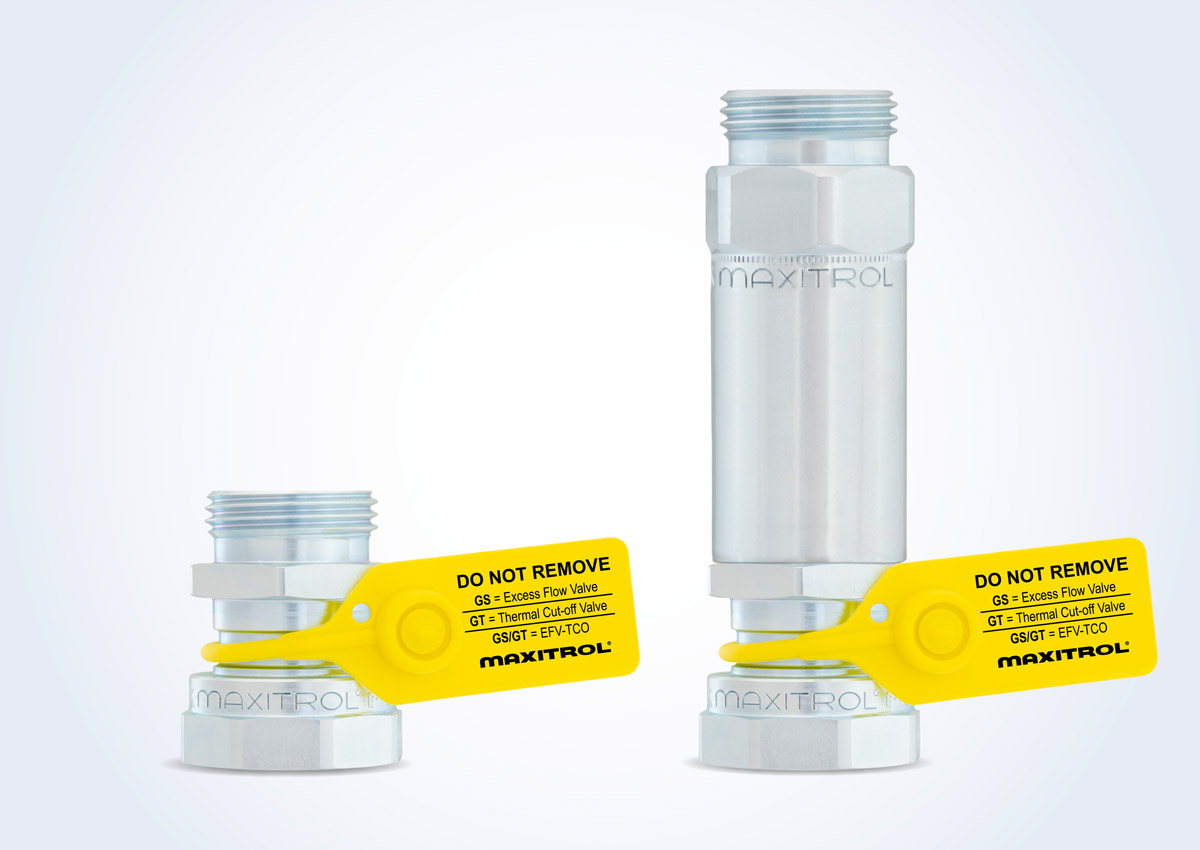 For LEGACY Installations in the UK

The Legacy GT thermal cut-off device in combi­nation with a SENTRY GS excess flow valve (GS2OHT6LCZ) is the first TCO that can be screwed directly onto the outlet of a gas meter emergency control valve (ECVs with BS 746 connections).

This product was specif­i­cally designed for existing instal­la­tions in the UK and can be installed without disrupting the gas supply to neigh­boring properties.  It provides additional protection to a meter instal­lation with <1.0 mbar (10 kPa) pressure drop.

For NEW Installations in the UK

SENTRY GT TCO + SENTRY GS EFV is a thermal cut-off device (TCO) combined with an excess flow valve (EFV) as a single unit.  This product was designed for new instal­lation in the UK.

SENTRY GT thermal cut-off devices (TCO) help prevent gas from flowing to downstream compo­nents that may not be resistant to high temper­a­tures. SENTRY GT TCOs automat­i­cally shut off the gas flow at temper­a­tures between 92 °C and 100 °C.

At the release temper­ature, the release mechanism (temper­ature sensor) unblocks the closing unit, which then moves into the valve seat resulting in a gas-tight seal. The SENTRY GTs™ remain closed for a period of at least 30 minutes at temper­a­tures up to 650 °C (Maxitrol tested up to 925 °C) and after it cools.

SENTRY GT can be installed upstream or downstream of the emergency control valve (ECV). This product is designed for new instal­la­tions in the UK. 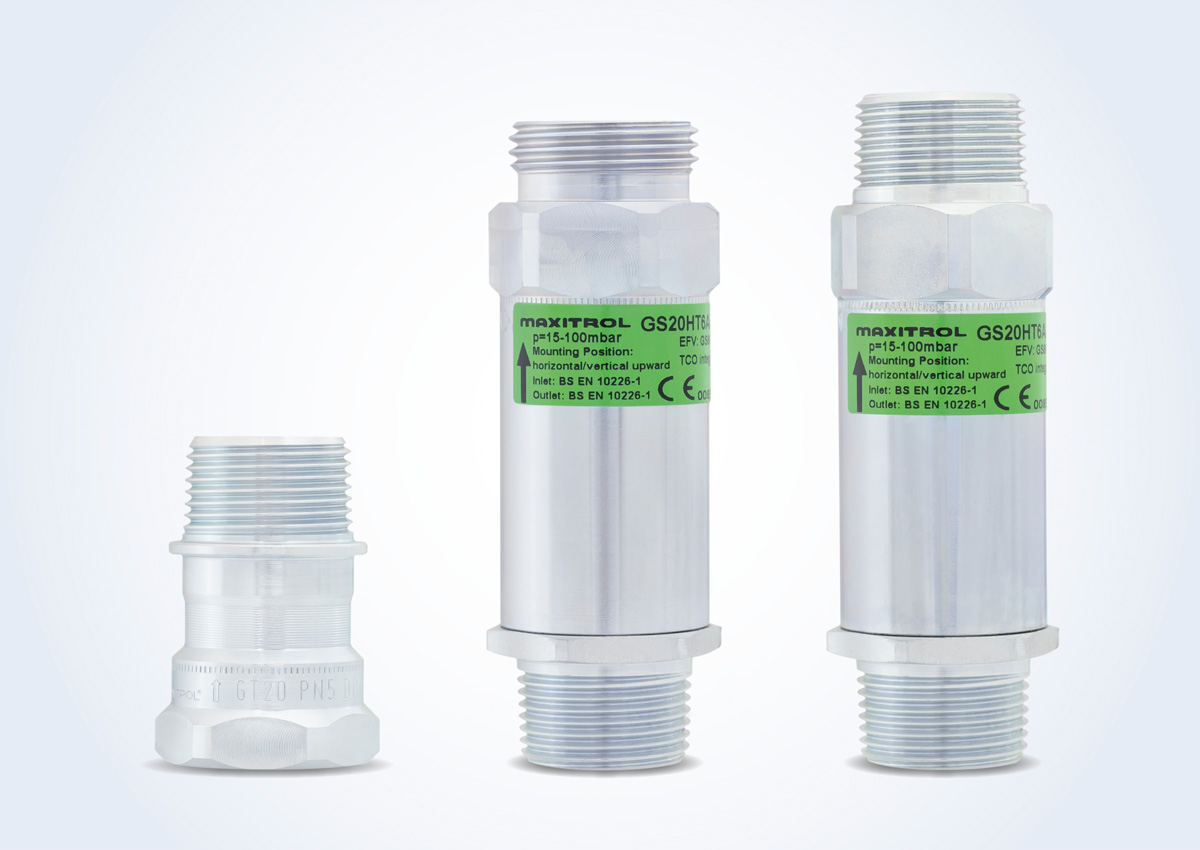 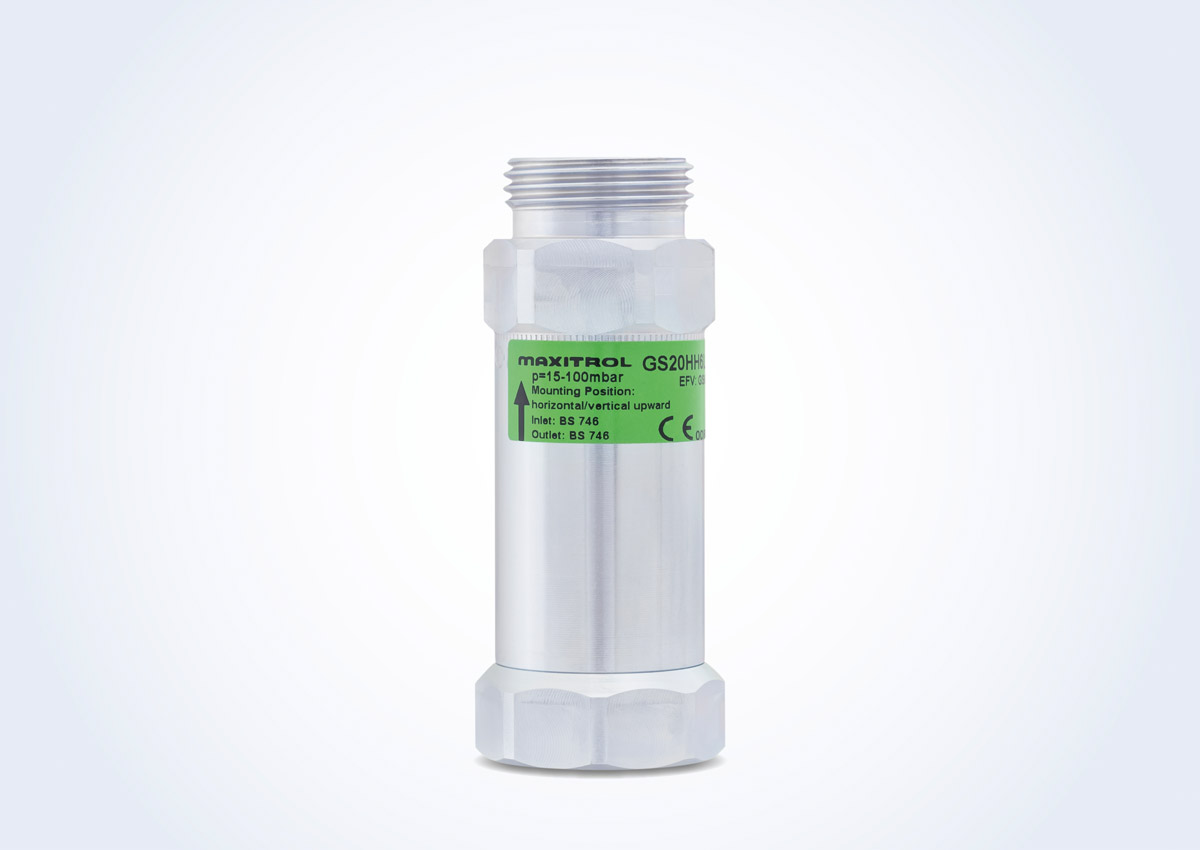 For NEW Installations in the UK