Join us throughout the year as we celebrate our 75 year anniversary. For this retro­spect we go back to Maxitrol Catalog #57 from 1957:

Situated in modern facil­ities on the outskirts of the “City of Wheels”, Maxitrol Company has brought to the gas industry the latest in mechanical design and production techniques to assure efficient gas regulation. Here, amidst the automotive giants, a new gas regulator concept was engineered, giving impetus to a modern­ization trend throughout the regulator industry. Some 19 years of regulation experience preceded the intro­duction of the Maxitrol “Straight-Thru-Flow” regulator.

In 1930, the Detroit Gas Regulator company was formed to manufacture 1.4” gas appliance pressure regulators. These were sold primarily to utility companies for use on gas refrig­er­ators. The original owners sold out in about 1933 or 1934 to a new group who in turn sold the entire business in 1937 to Metal Parts Machine Company. This newly formed company operated Detroit Gas Regulator Company as a Division. Present management purchased Metal Parts Machine Company in 1946 and started to concen­trate more actively in manufacture of pressure regulators.

Extensive research and devel­opment led to invention of the now famous “Straight-Thru-Flow” construction principle. Regulators embodying the new patented design were intro­duced to the market in mid 1949 under the trade name “Maxitrol”. In 1953, after several years of increased sales and steady growth, a new plant was designed, built and occupied. With the move to its new home, the firm changed its name to MAXITROL COMPANY to more closely reflect the associ­ation with the trademark.

Today, Maxitrol Company is one of the foremost manufac­turers of gas appliance pressure regulators, and the trade name “Maxitrol” has become a symbol of leadership in gas regulation. 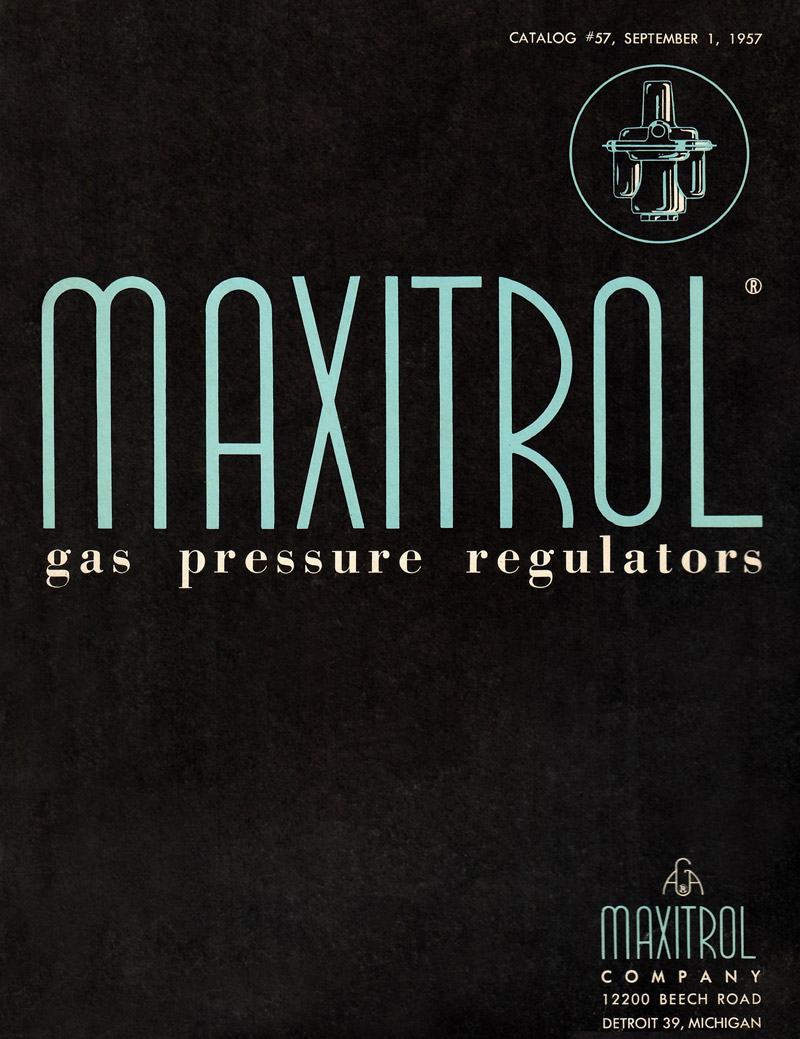